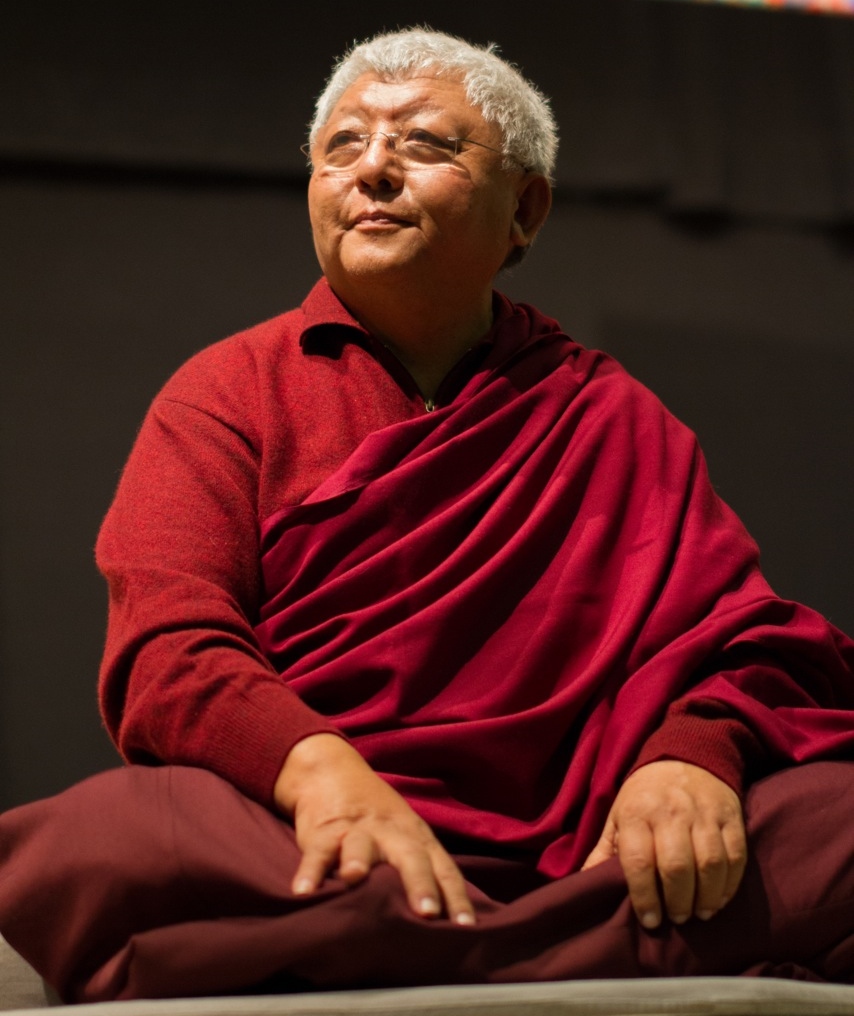 Lama Jigme Rinpoche, great master of Tibetan tradition Karma Kagyu is the author of numerous books such as “The monk and the lama” and “The path to awakening”, he is the founder of the organization of which he currently acts as president.

Born in 1949 in the Eastern Tibet, having ran away from Tibet in 1959 when the Chinese invaded, Lama Jigme Rinpoche is currently the representative in Europe of the XVIIth Gyalwa Karmapa Trinley Thaye Dorje, the spiritual leader of Tibetan Buddhist lineage Karma Kagyu, to which the organization is linked.

As a spiritual referent, he spends his time between various centers of the world to support communities and transmit teachings given upon disciple’s request.

He’s the founder of organizations belonging to the same movement such as the three organizations supporting similar school projects “Schools in the sky”, which operates in Eastern Kashmir (Ladakh, Northern India), “Tibet Save & Care”, in Eastern Bengal (North-East of India) and “E.t.h.i.c.” (Children of Tibet and Himalayas for inter-culture) in Tilokpur (Himachal Pradesh) near Dharamsala and Yanpachen in Tibet (40 miles from Lhassa).

He published various books including: